Warning: count(): Parameter must be an array or an object that implements Countable in /homepages/34/d181278094/htdocs/trinity/wp-content/themes/virtue/lib/cmb/init.php on line 714
 About – Trinity Enterprises
Skip to Main Content 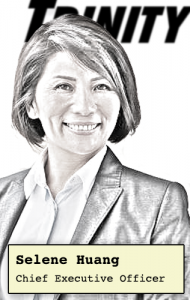 Selene Huang has a wealth of experience in directing and sourcing ethical projects designed to maximise the planet’s resources whilst ensuring sustainability.

A graduate of Shanghai University, Ms Huang has been an influential figure in scientific research, technological advances and ecological concerns for all of her professional life.

TIME Magazine’s Person Of The Year in 2016, Ms Huang was appointed as CEO of Trinity Enterprises in June 2010, and has provided the organisation with strong, clear leadership since accepting the post.

Her personal interests in the fields of robotics and artificial intelligence have resulted in Trinity Enterprises being at the forefront of the technology revolution, helping to make our world a richer, more efficient and — above all — safer place. 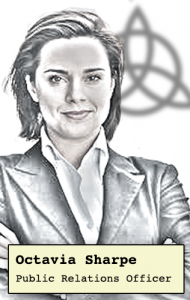 Having been on the board of several Fortune 500 and FTSE 100 companies in the course of her impressive and influential career, Octavia Sharpe has been Public Relations Officer at Trinity Enterprises since 2014.

A key member of several international trade and intergovernmental organisations, Ms Sharpe represents the interests of Trinity Enterprises across the globe, working tirelessly to establish and foster relations in all seven continents.

Lauded for her ceaseless focus on ethical matters and international peacekeeping, Ms Sharpe is seldom to be found behind her desk in Trinity Enterprise’s London office.

In addition to her efforts on behalf of Trinity Enterprises, Ms Sharpe is also a renowned philanthropist and a patron of several humanitarian charities. 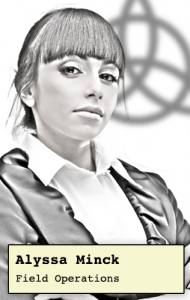 Alyssa Minck made headlines in 2011 when she became the youngest ever member to serve on NATO’s Defence and Security Committee.

She has been on the Board of Trinity Enterprises since 2016, where she brings her wealth of experience of negotiation, strategic planning and tactical prowess to all of the organisation’s interests across the globe.

A native of Croatia, Ms Minck now serves as Trinity Enterprise’s Commander of Field Operations from the organisation’s ultra-modern headquarters in Paris.

On those rare occasions when Ms Minck allows herself to relax, she enjoys the ballet and opera and is a renowned patron of the arts.